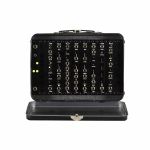 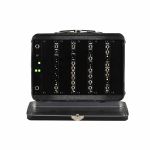 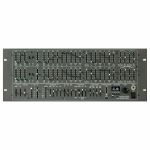 The synth features a fully analog signal path with two independent layers per voice. Discrete waveshapers help to reproduce the oddities of the original waveforms, especially the sawtooth glitch, which is a big part of the CS-80 sound. An autotune function assures that all 16 VCOs are tracking perfectly. It even offers detune and microtuning settings for a more vintage feel. With the addition of MIDI implementation, 256 presets (which can be managed on the integrated OLED display) and an upcoming software editor provided by Spektro Audio, this vintage inspired poly synth is at home in any modern studio.

For each layer, the synth offers a VCO with square, saw and sine waveforms, discrete 12 dB HP and LP filters with separate resonance controls, an ADSR for the filter with adjustable initial and attack levels, and an ADSR dedicated to the VCA. The synth also provides velocity and aftertouch controls for filter brilliance and volume levels.

Furthermore, polyphonic aftertouch gives Deckard's Dream expression that has only been possible on a very small number of synthesizers. MPE technology (using controllers by ROLI, LinnStrument, Haken) takes this even further with the addition of polyphonic pitch bend.
The Deckard's Dream MkII delivers everything the previous version did, in a new thin and light tabletop format with woodsides or rack-ears (both included). It also brings additional controls over Sustain modes and timing. 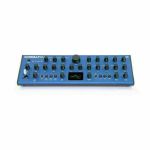 Supplier's Notes:
Building on the tradition of warm and punchy analogue-style synth sounds, conceived by legendary synthesisers from the past, COBALT8M unlocks the full creative potential of analogue waveforms. This powerful, inspiring instrument reinvents the aesthetics of analogue sounds and invites musicians, producers and sound designers to explore a new era of virtual-analogue synthesiser textures, far beyond the limits of its analogue forefathers.

Eight true polyphonic voices, housed in a sleek desktop and rack-mountable enclosure, tempt players to lay out wide string or rich synth pad chords, while a monophonic bass or lead patch, played with 64 oscillators can shake the walls of every stadium. And with the avant-garde sound forming features, every synth enthusiast can refine his performance with sounds that no other synthesiser is able to generate.

Sequencer and Arpeggiator: Realtime sequencer with 512 notes with polyphonic mode and four recordable/editable parameter animations (Delay FX, LFO's, sequencer and arpeggiator can be either clocked internally or externally)
Built-In sophisticated programmable arpeggiator of 32 steps with rest capability with up to 2048 steps before repeating

User Memory:
Patches: 500, all fully editable and ships with 300 factory programs
Sequencer: 100 sequences that can be linked to any patch for quickly loading arrangements
FX: 100 presets
Eight Quick Recall slots accessible from the panel for quickly loading your favourite patches

Controls and Performance:
13 switched encoders, 13 encoders, and 9 buttons
Four-axis joystick that can be assigned to a huge range of modulation destinations and virtually 'locked' when desired
Multiple keyboard modes (Mono, Poly, Unison 2, Unison 4, Unison 8, Stack 2 and Stack 4)
Glide/Portamento with both legato and staccato modes 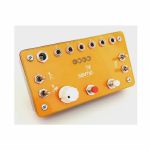 Supplier's Notes:
A small and curious analog tool for create your rhythm loops , include bass drums to make your studio pumping, metal noise and woodblocks. This is a remade of our traditional instrument from 2017 part of the collection Synths of the Month.

9
Show Out Of Stock